Once a year one can behold a scenario at the shores and beaches of Normandy, which seems most bizarre. It‘s D-Day – and militarists from various countries reenact the invasion of Normandy by the Allied Forces. Men, completely dressed in WWII uniforms and seemingly armed to the teeth, are crawling and crouchinig through the scenery once known as Omaha or Utah Beach. Cutting their way through craters and past bunker near Pointe du Hoc but also past vantage points, promenaders and tourists. Jeeps, Motorcycles and Tanks from the past are being presented, corniches and roads are frequented by patrols. Some Englishmen reenact the taking of a German emplacement by the US Ranger Batallion near Pointe du Hoc, just a few mile away from Omaha Beach. Frenchmen acting as US soldiers are freeing villages along the coast line. Dutchmen wearing fashion from the 40ies are taking a walk through history. A briefing with wounded (soldiers) and corpsmen is staged. 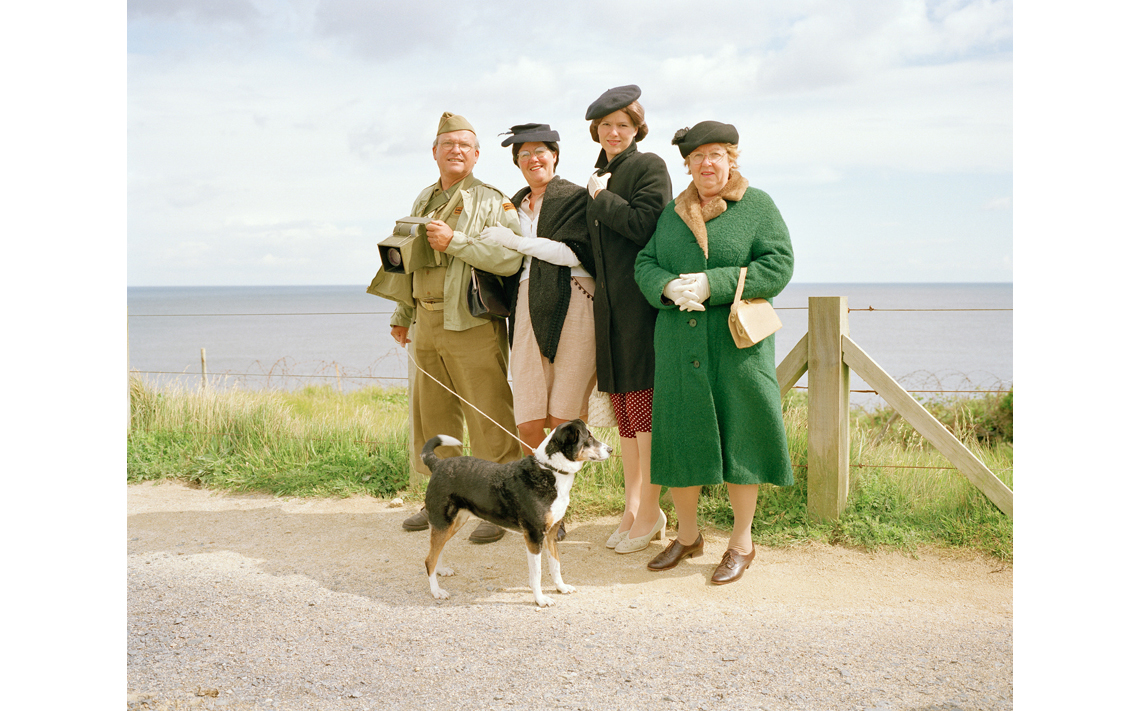 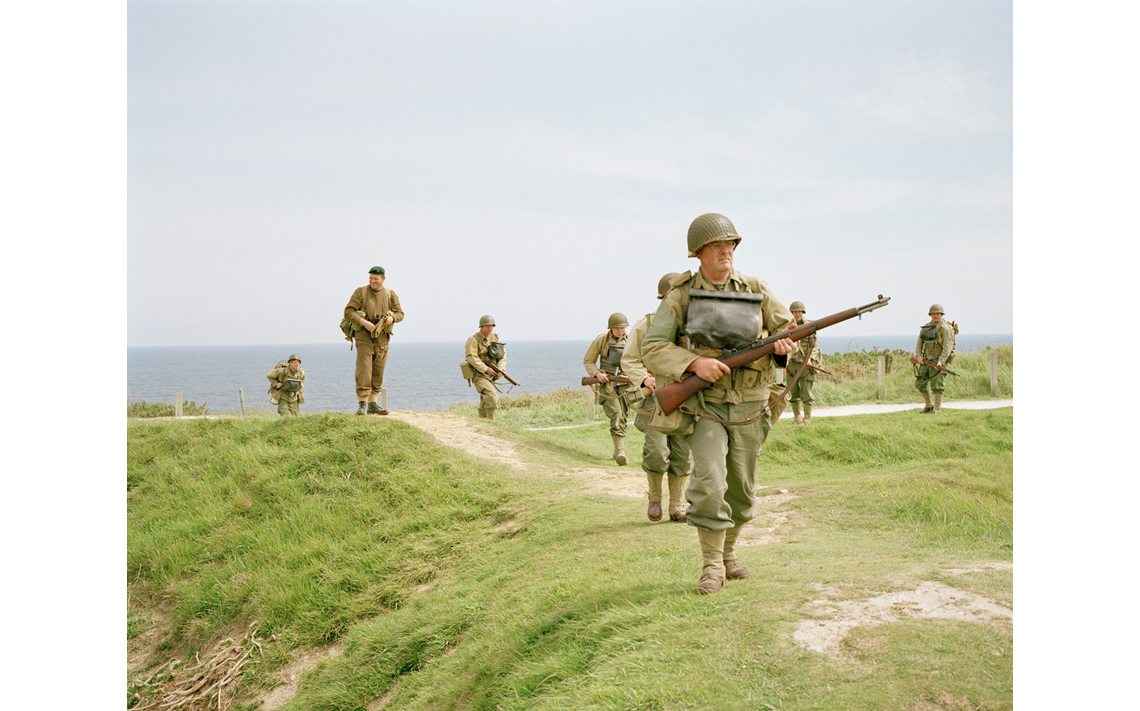 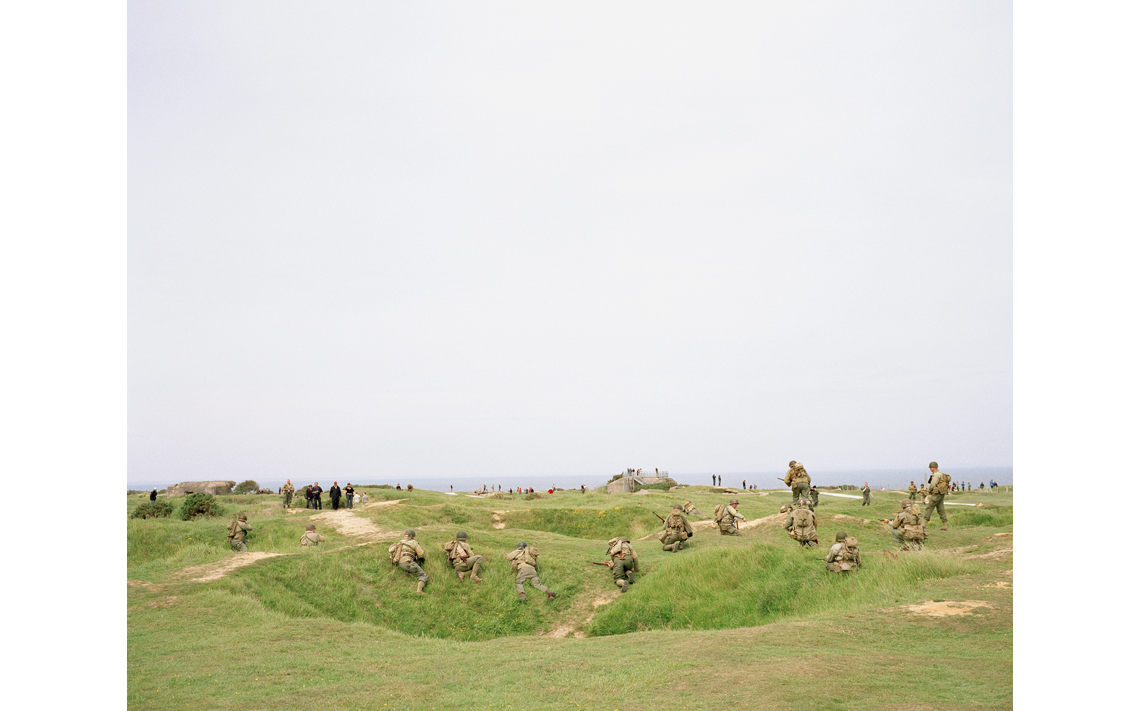 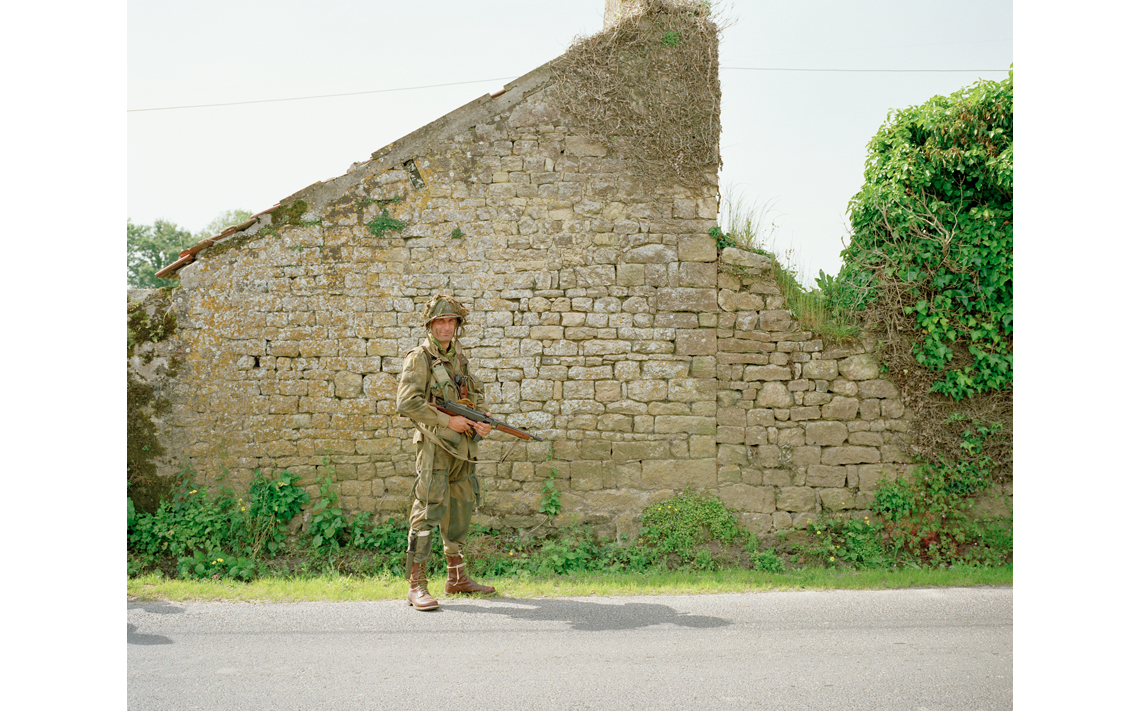 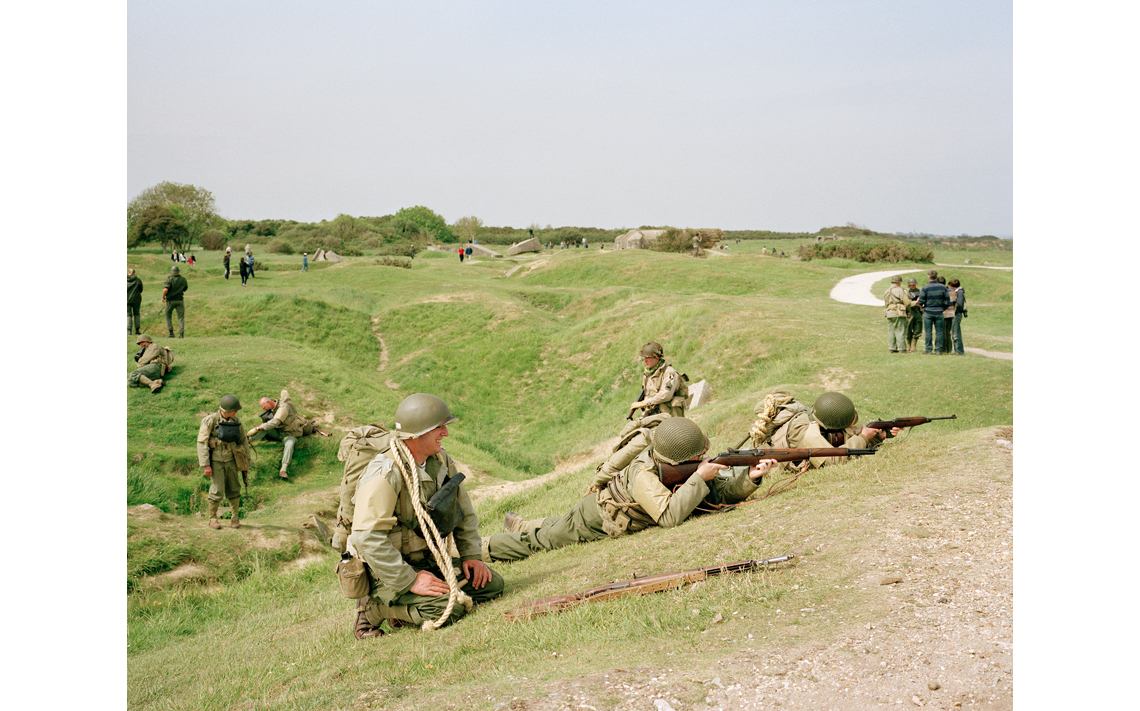 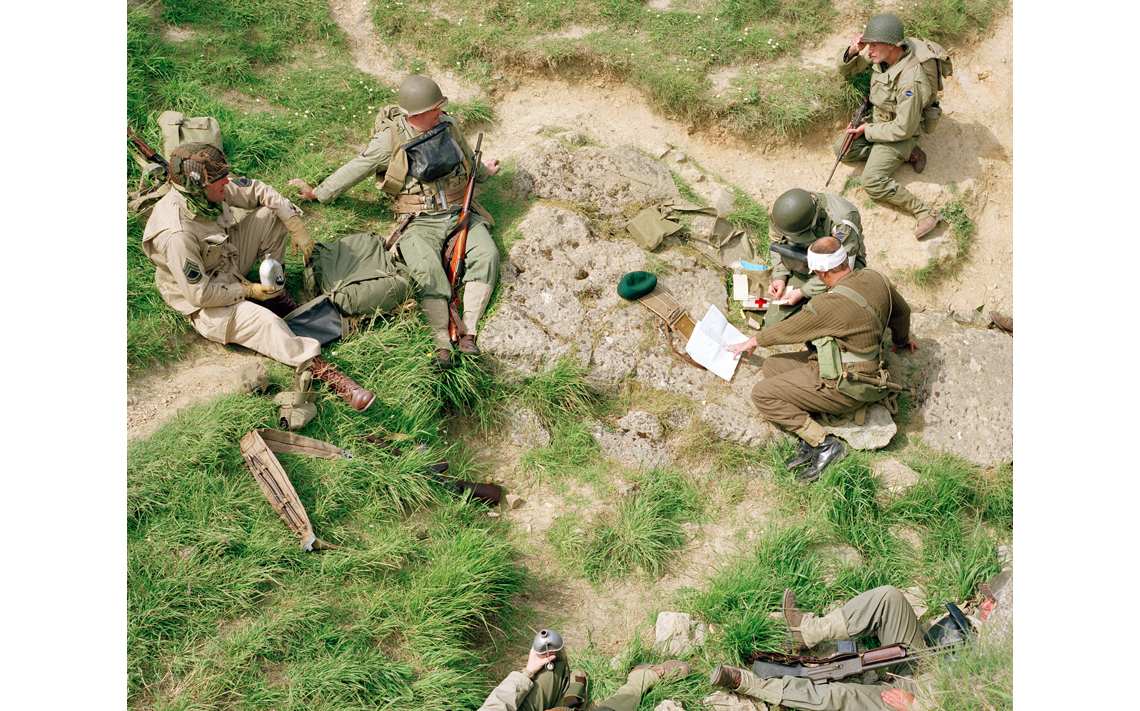 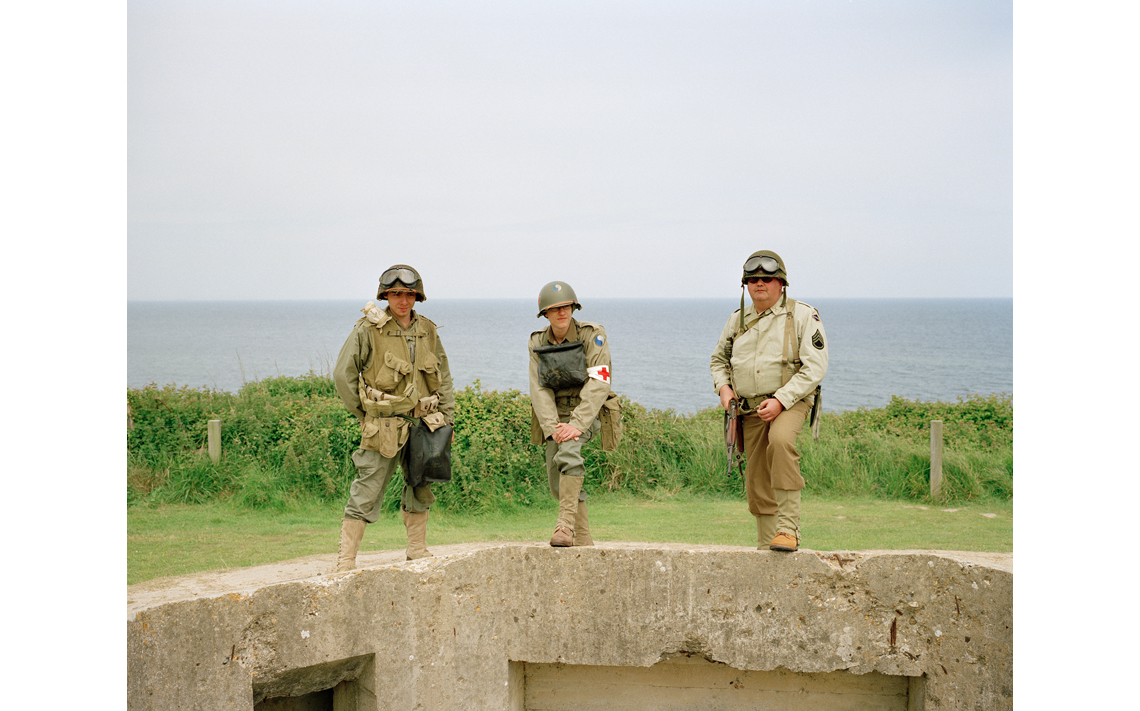 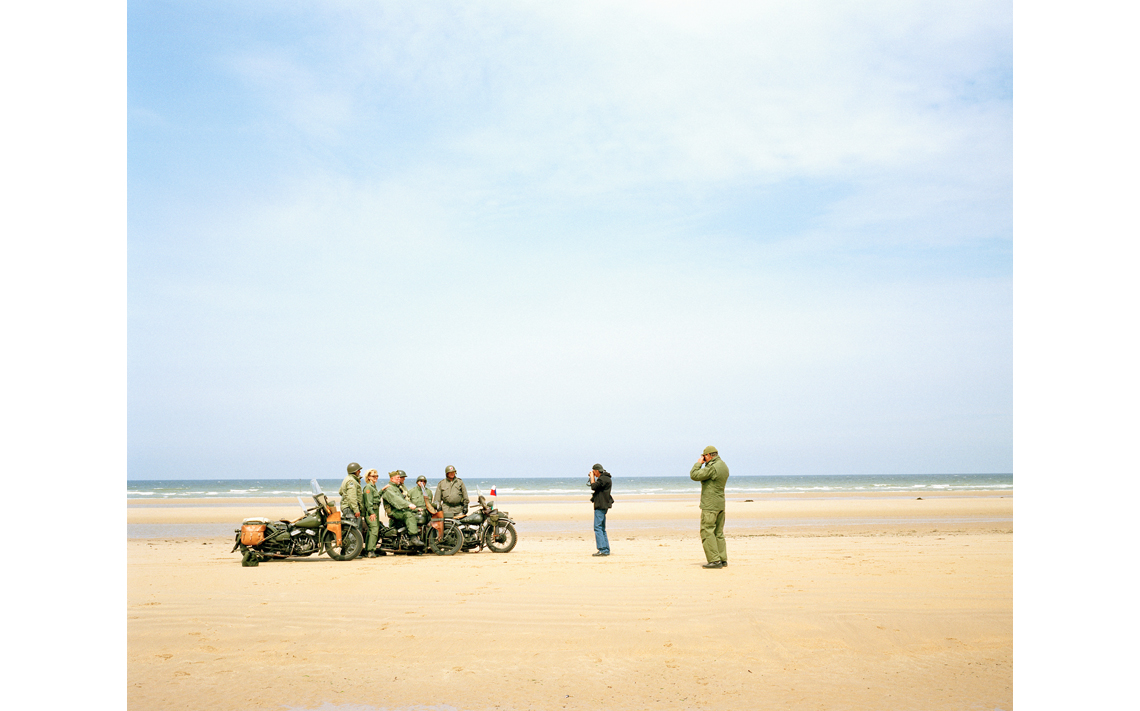 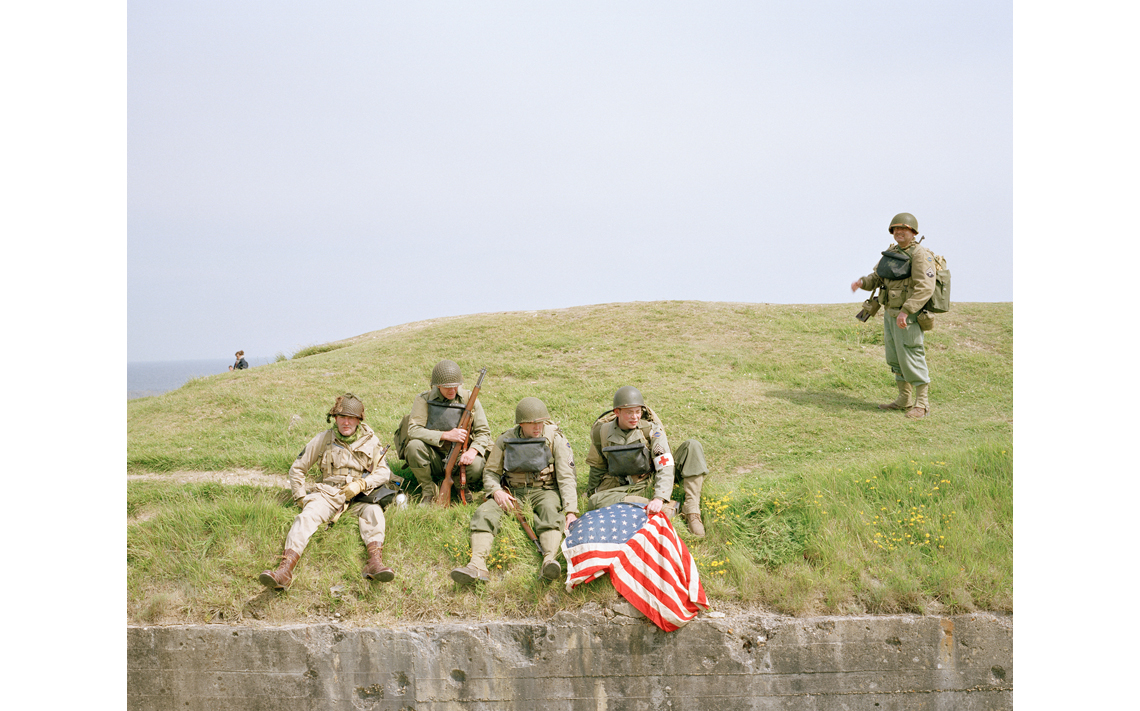