Deep in the west | Ruhr Museum

Deep in the west – Ruhr-Universität Bochum
The architecture of the university buildings in Bochum triggers controversial issues until this day. Typically 60ies, concrete is the predominant material throughout the entire facility. „Form follows function“ was the basic principle for its drafts. Being the first newly founded university in the Federal Republic of Germany the campus was modelled on American Campus of that time. Its functional architecture answer the desire for modernism. While rebuilding the country one was looking for new forms of expression, trying to avoid anything that might relate to the contry‘s late history. So, a „University City“ had been built with more than 150 courses of study, a campus measuring three and a half square kilometres, dorm rooms, a shopping centre, cinemas and a park for more than 30,000 students. A massive project of this time by architect Helmut Hentrich who drafted a „harbour in the ocean of science“. Today, the university‘s reputation as a „concrete wasteland“ has almost reach cult status as described by a student in his blog: „[…] for me, it is actually a cultural experience to lose my bearings in the vastness of those underground parking decks below the university every morning.“ 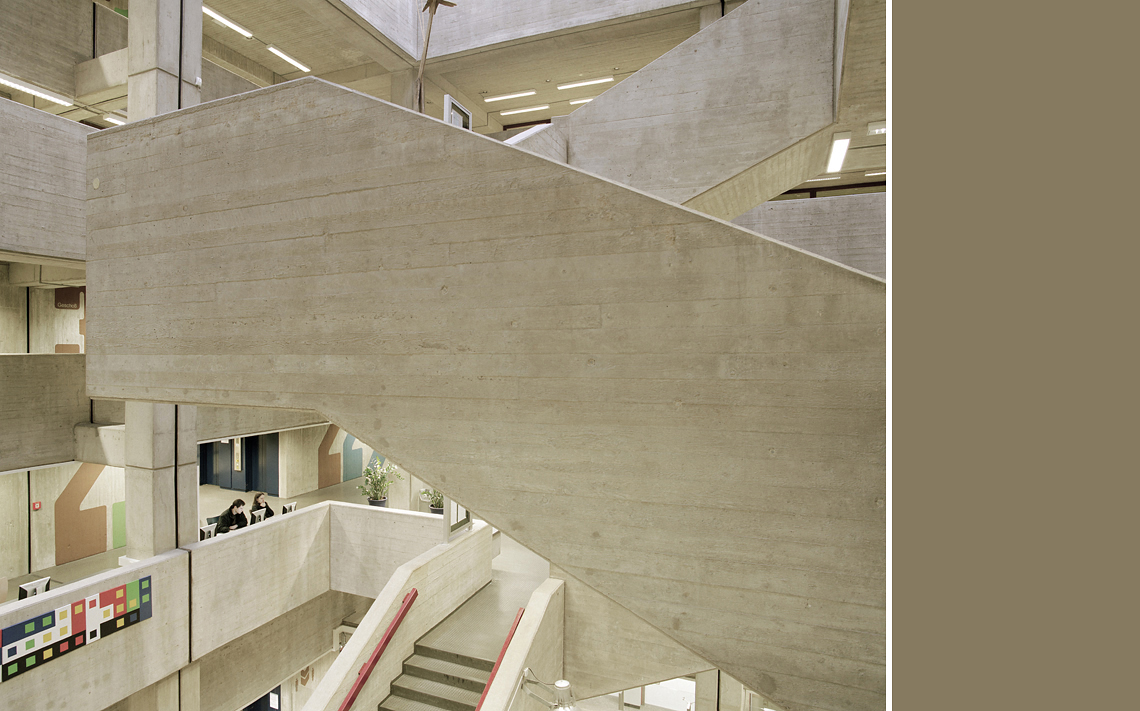 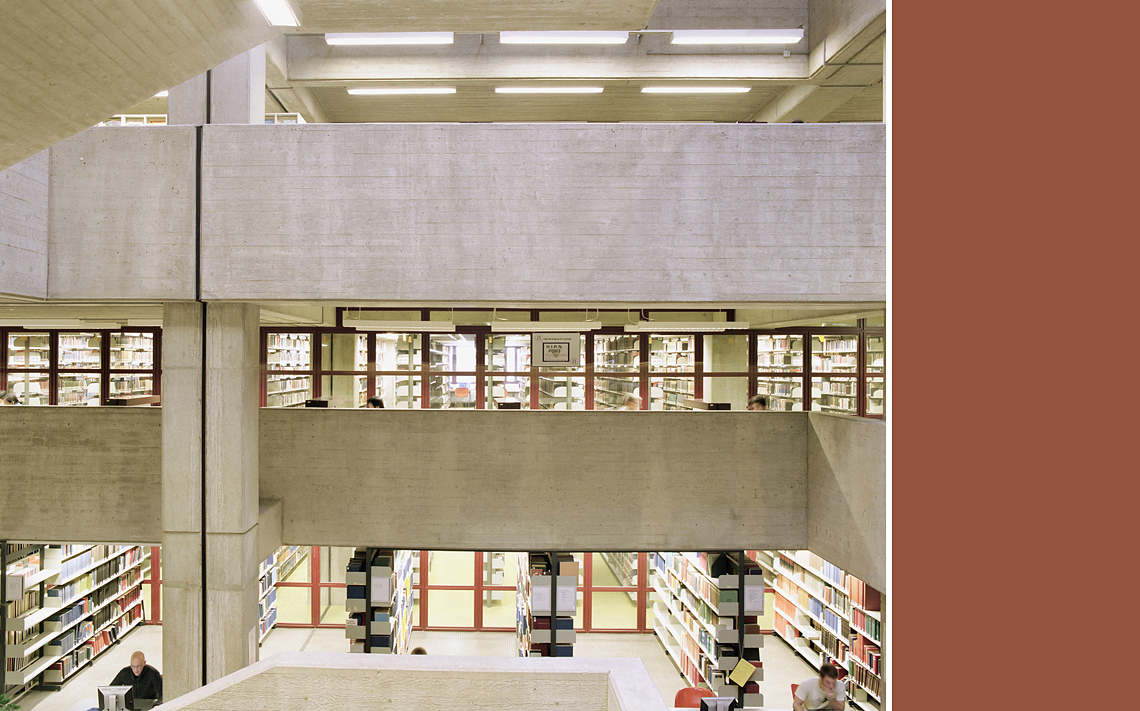 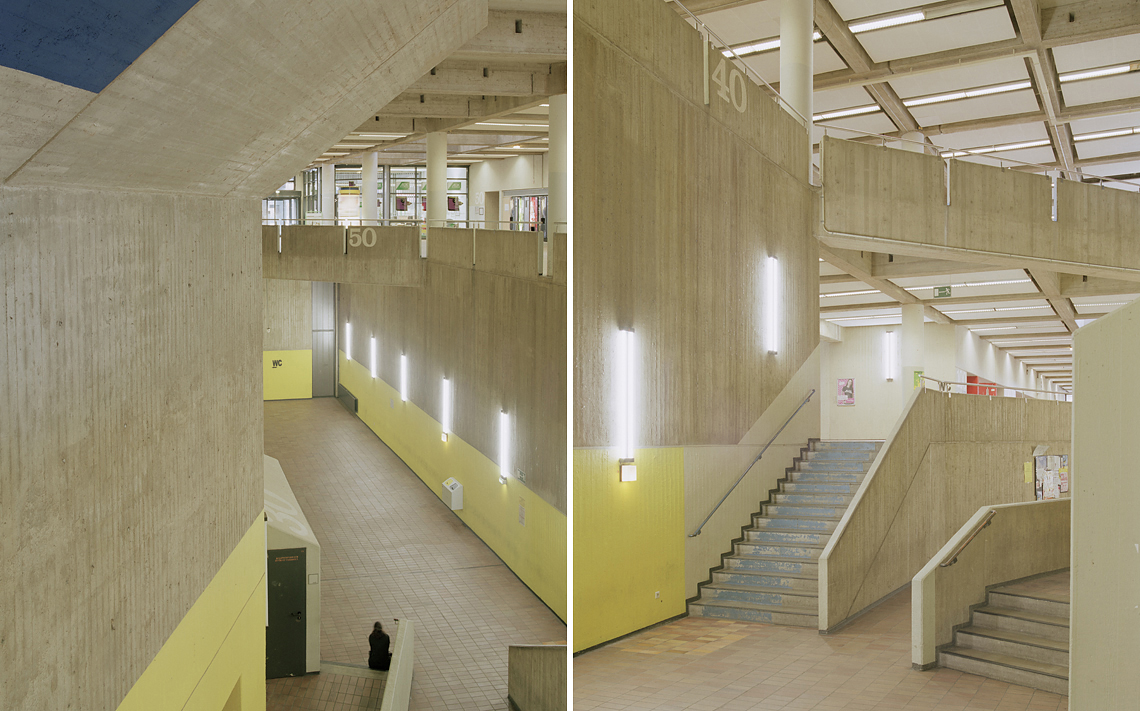 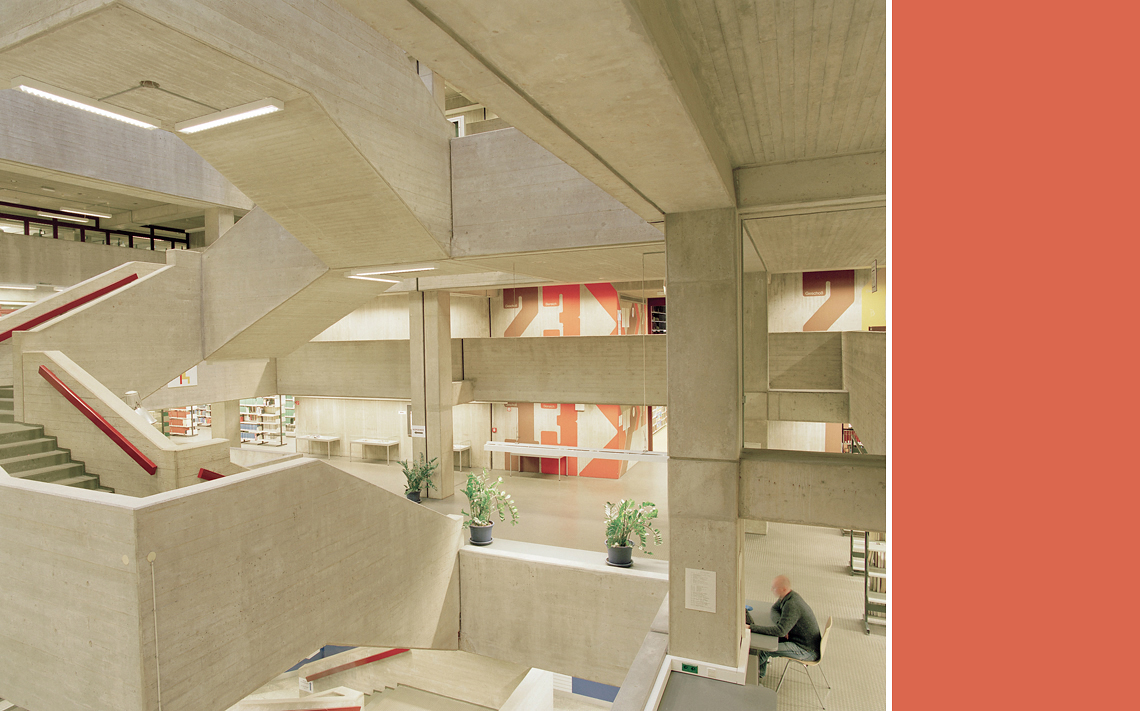 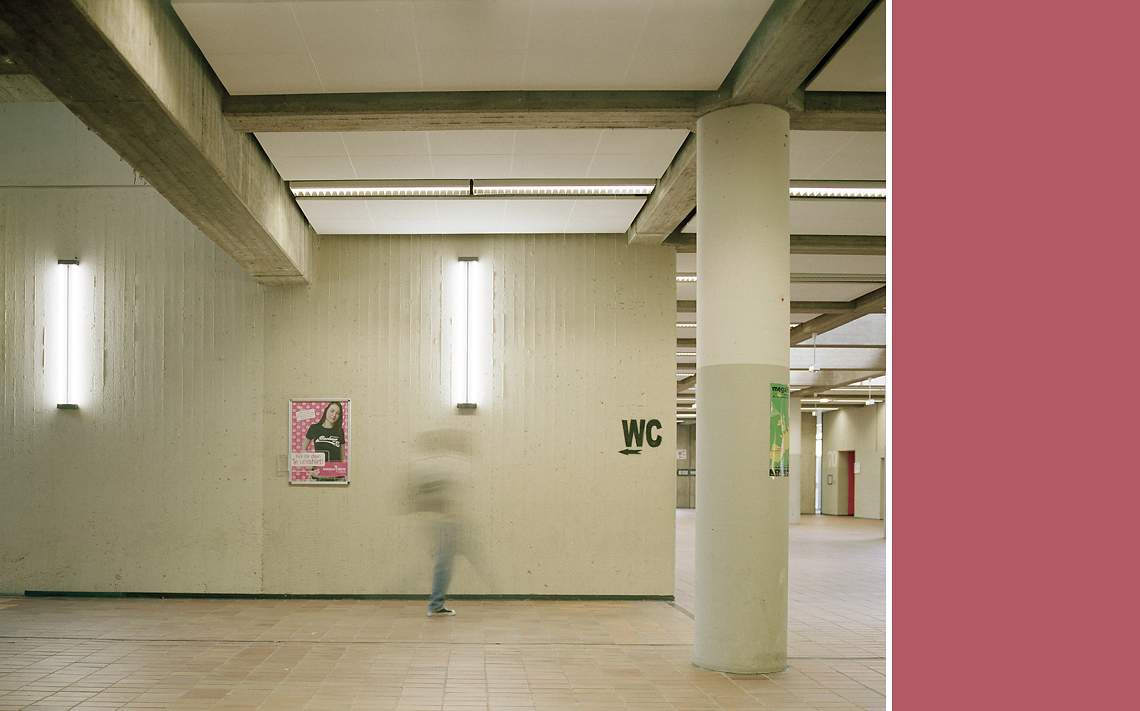 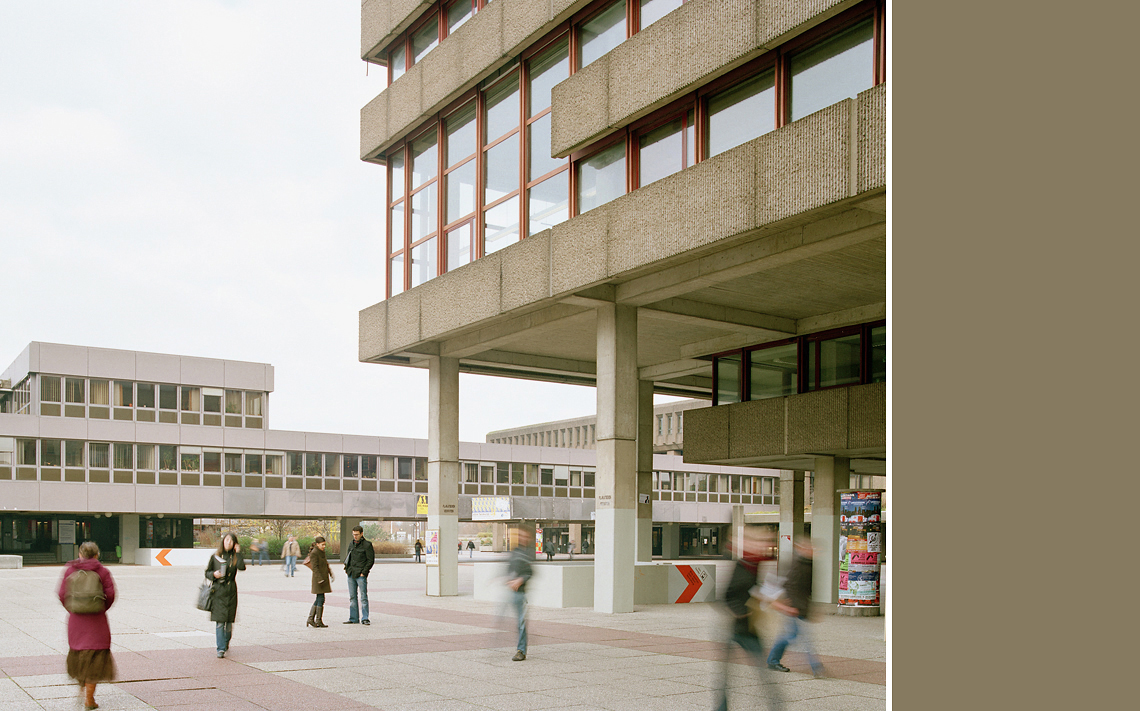